Today I am following on to describe Mikes Verdier-Shindo-chain already featured in my last article. I did describe Mikes tremendous care taking about any little detail having influences to the final performance of his set audio up. Since almost 30 years he does have struggled hard with the progression of tiny steps of improvements within his personal audio chain, always interrupted by setbacks from missing estimates and irritated by wrong conclusions. If you have an idea for what you are looking and if you don't expect the easy way of "pluggable components from the land of milk and honey", than you will have the correct prerequisites to build up a audio chain able to perform within a higher degree of harmonic properties. Instead of solely ingenious technical comprehension, a solid portion of common sense, consciousness, experience, sensitivity and refined spirit, will be the major properties to extend such a performance into real life instead of stunning superficiality of HiFi.


One example might show perfectly what I want to describe. Almost everybody with quite extended audio experience knows, that the physical surrounding room conditions of such an audio set up will hardly define the acoustic limitations of its performance. The room with its shape and size, its materials and its reflecting surfaces will have a tremendous influence to the perception of the audible spectrum. Since generations specialized architects are designing highly improved wooden surfaced interiors for the professional classical live music performance in concert halls. Mostly archived with a highly complex angled, extremely structured, massive wooden panelling surface, it is a common strategy to disperse and harmonize the reflective portion of the wandering waves. The damping of their inherent energy with their transformance into heat using solid wood masses, is a wanted effect, in order to obtain a refined aural spectrum of harmonies as a advanced stage for natural instrumentation. 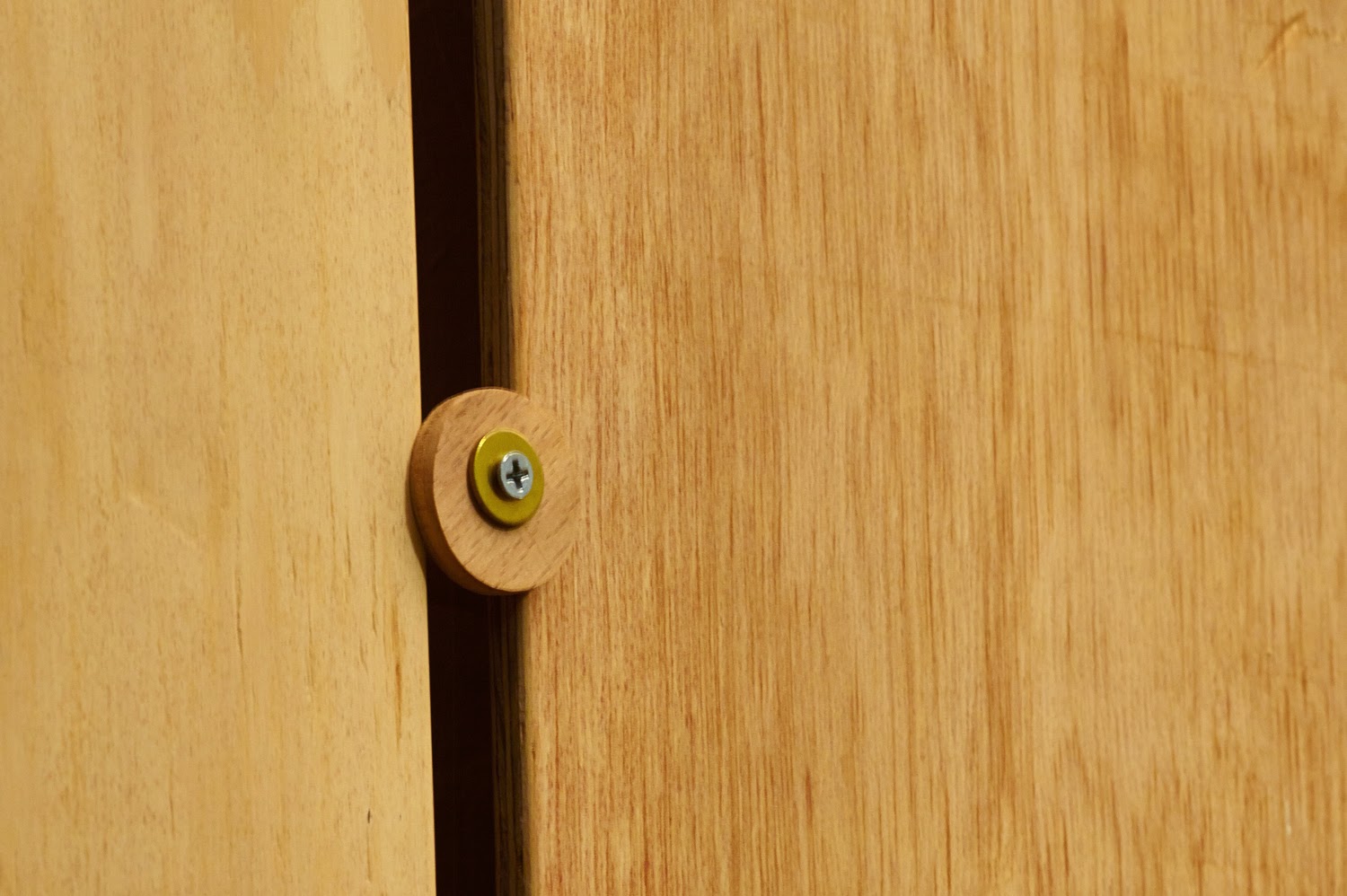 Mike did once line out his listening room with a highly complex structure of massive wooden panels in order to create a similar effect. A solid support frame from pine pales dowelled to the massive brickstone wall is the under construction to take layers of long wooden panels. Each panel is fixed with several wooden washers to the underlying frame. Within this construction it is possible to keep each panel movable and fixed at the same moment, in order to take out the best portion of energy, reducing high amounts of reflected waves. Very important areas of that wooden lining are covered additionally with quilted absorbent cotton tissues, like the ceiling area above the speakers. When I do remember right, Mike did spend several month only with evaluation of improvements coming from different wooden linings in his listening room, before he did set up his audio components for listening.

A completely different stage of refinement can be archived with controlling the raw electrical supply conditions. The electricity as it is supplied by the local distributors, is generally not free from high frequency detorations and peaks arising from high energy switchings of industrial production or traffic.
A early pretransforming process together with a hf-filtering effect can be archived with huge variacs for the line voltage adjustment. Mike has built for this reason a variac switch box, were all his audio components are supplied with smooth electrical input.

Another important item is his component support system, called "Die Bank" (the bank) at the time distributed by Auditorium 23 and manufactured by Norbert Gütte, the carpenter who made the wooden speaker enclosures and record player plinths for them, today with his own company Lignolab. His massive component support system is balanced and isolated by air suspended feet. Its sheer weight, made from 100mm thick pine plywood panels keeps the amplifying components and the record player free from room inherent resonances. Such physical effective components bring out a tremendous portion of refinement into a given set up. Instead of bling-bling-hifi-accessory like "golden clothes pegs", "enhanced cable electronics"and other similar nonsense inventions of the hifi markets, coupling devices with real physical effects can have a tremendous influence to the perceived harmonic properties of such a chain. 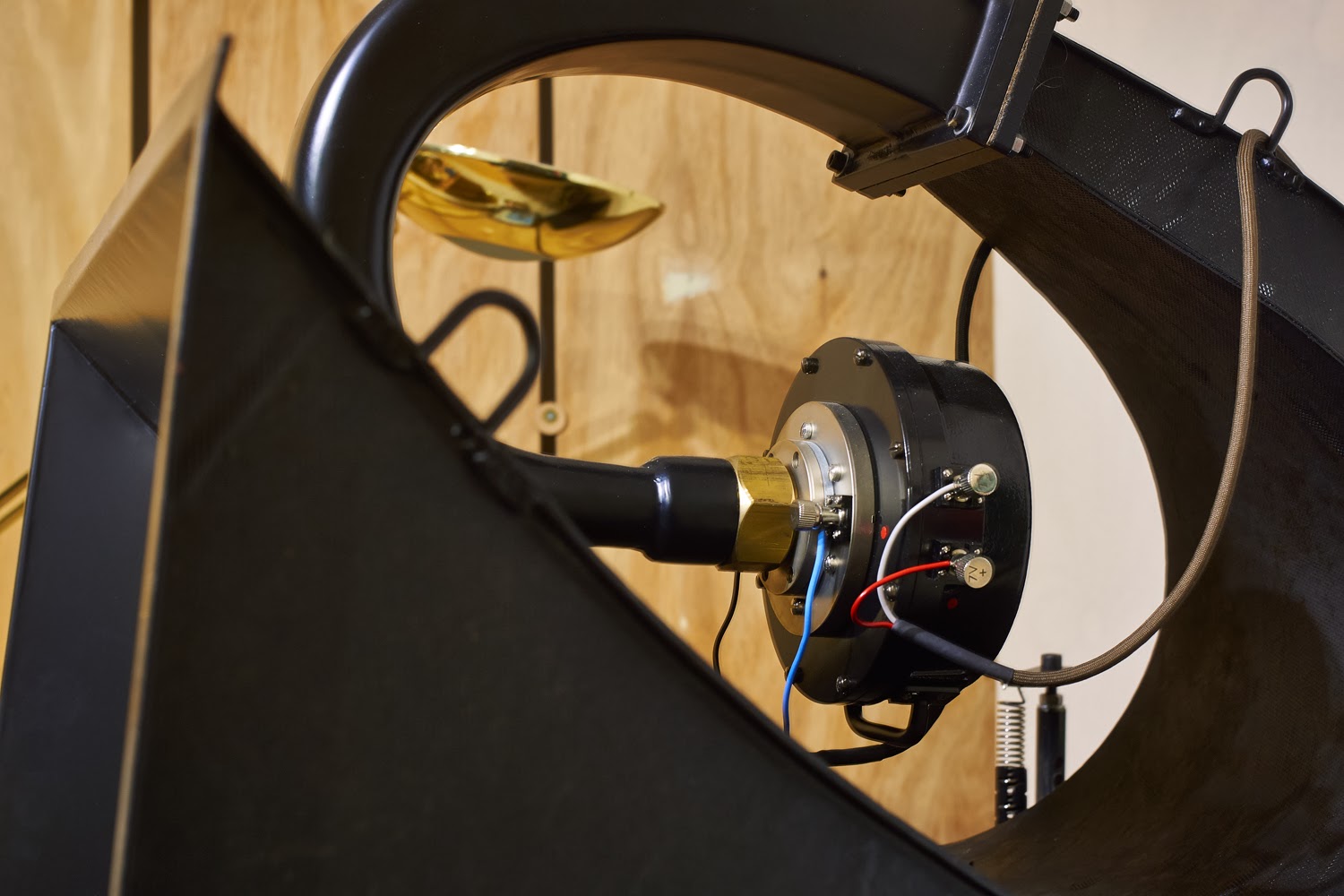 From my point of view a well working audio chain is able to show a bunch of properties beside nice sound. It should be able to transport the inner and outer structure of music without any tiring of the attentiveness to the listener. Such a set should be able to show its physical abilities with a foremost dynamic performance and refined harmonic subtlety, in short a almost natural modest behavior instead of intrusive superficiality. Commonly this sort of superficiality is connected to a definition of "HiFi", were always more is equated with the term better, a typical value scale of commercially marketed products. But when "more"will be substituted with a more complex internalized and subtile listening experience, were the reference is set close to natural acoustic instrumentations within real music, it can be clearly experienced, that such a performance in a foremost stage depends on absolute contrary properties than such superficial effects. A advanced performance with a more unobtrusive manner without any effects, need a higher degree of conviction work in sales processes, its success depends mainly on positive experiences made with well made products, together with comprehensible presented arguments. Both are elapsing scarce goods in todays commercial audio world and its distribution culture, continuously opening a gap which is merely closed from magicians, bag thieves and from gossip in web communities. A development which makes a tremendous turning to vintage audio products from the "golden years" comprehensible. This process started at the decline of audio development in the 1970ties and is still growing, even when Ebay has already cleared off the cellars of the western world during the last decade. Within this routine lots of vintage audio products have been washed up to regions, were these originally never have been part of the market. In the former Warsaw pact countries a grown interest into the not available myths is obvious, as all far east countries are now in the race to catch up with Japan and Korea as pace setting nations for more than 40 years in that field. Now Hong-Kong and Singapore, both in a economic advanced state, seem to overtake the main investments into vintage audio products and seem to be the spearhead of its final end. In the originating countries of this culture, as in the from western ideals dominated consumer culture, the ideas of storage less cloud streaming and equipment exempted listening of audio to go have turned the wheel of "progress" into nirvana.


Since two years now Mike harvests the fruit that he has sown over decades in his own audio history. Before that stage, he was in a permanent process of search and exchange, I think a lot of yours will know what is being meant with that phrase. Caused with the acquisition of the big medium frequency horn units, all positive advantages of his before summarized components are adding up to a higher degree of fidelity. The key was the Line Magnetic LM22A with LM555W field coil driver, which makes a physically advanced perception of audio possible, like no other principle. It can be seen more like a music instrument than as a receiving and transmitting device. A two inch diaphragm made from thin foiled aluminum, with quite movable surrounding, in a field coil operated magnetic case, amplified through a almost 2 meter long horn development through a 0.75 x 0.75 meter sized opening, which performs the frequencies from 300 to 7000 hertz, is not only a rare and unique audio transducer, it is physically working like a music instrument on its own. The radiated waves distribute air very similar to a common known instrumental brass horn. The human male voice as tonal scale, a bass trombone, a cello and a tenor sax perform almost the same frequency range, seamless covered by this outstanding audio transducer. Like these original voices, it is able to release its radiated energy with a comparable ease and in a unconstrained manner, since its length of development and its minimal moved diaphragm weight. Comparing this weight to a 8 inch paper cone, it is just a tenth of its moved mass and this fact declares the outstanding dynamic properties and its inherent low distortion properties.

If you let melt these facts on your tongue, than you might know, that the air is getting thin in this region of loudspeakers with similar properties. There are beside the authentic Western Electric horns only a handful other designs, which are made to follow on physically. Such a mechanism works hardly at the edge of physical and technical limitations, even by today standards. Sitting in front of its refined radiation, these horns show a insight into the music with a incomparable ease and unobtrusiveness, a paper cone device cannot physically compete with, nor does it have any chance to convince. The incomparable refined wave distribution, which gives you the feeling that its sound is not of mechanical origin, is released in a manner were its wavefront seem to pearl out by itself instead of being pushed, the common impression even with the best cone speakers of smallest size and best alnico magnet motor. I am sure a lot of yours know and value by own impression what I try to describe here from high frequency compression units, but here we are talking almost about the a wide range frequency distribution of a full range unit. No other loudspeaker principle shows the same properties and abilities this design can offer, no full range driver (independent of its size and weight) and no other transducer principle like electrostatic-, ribbon-, plasma- transducers shows the same summery properties, like this originally western electric originated design. Of course it is not free of any problems, like with every other design, the advantages against the disadvantages have to be weighted, the 22A horn with LM555 field coil driver is one of the best compromises one can do. If the money preferences in your purse will not set you off the guest list, you will get a ticket to a club of owners, were world class performance within the most important part of the frequency spectrum is the lowest common denominator.


Read on soon about the frequency extension of the horn into both directions and the crossover strategies resulting for a balanced performance with holographic attitudes, Volker